Today the European Parliament has expressed an unprecedented level of concern about the European Central Bank’s increasingly risky monetary policies and recommends it redirect its QE programme towards investment to boost the economy.

In a plenary session today, Parliament adopted by a large majority its report on the ECB’s Annual Report for 2015. In contrast with the rosy picture projected by Mario Draghi on Monday before the Parliament, the report adopted by MEPs raise key concerns about the asset purchase programme (QE):

• the existence of “distributional consequences of the ECB policies with an impact on inequalities” ;

• the possible “distortions of competition” ;

• “the effects on the real economy have been very limited while banks have been able to access funding at virtually no, or very low, cost”.

The QE for People campaign shares those concerns and agrees with the Parliament that the ECB should monitor more closely the side-effects of its market interventions. “There is clearly scope for the ECB to achieve more result with less but better targeted monetary expansion and therefore less risks” campaign manager Stan Jourdan said. 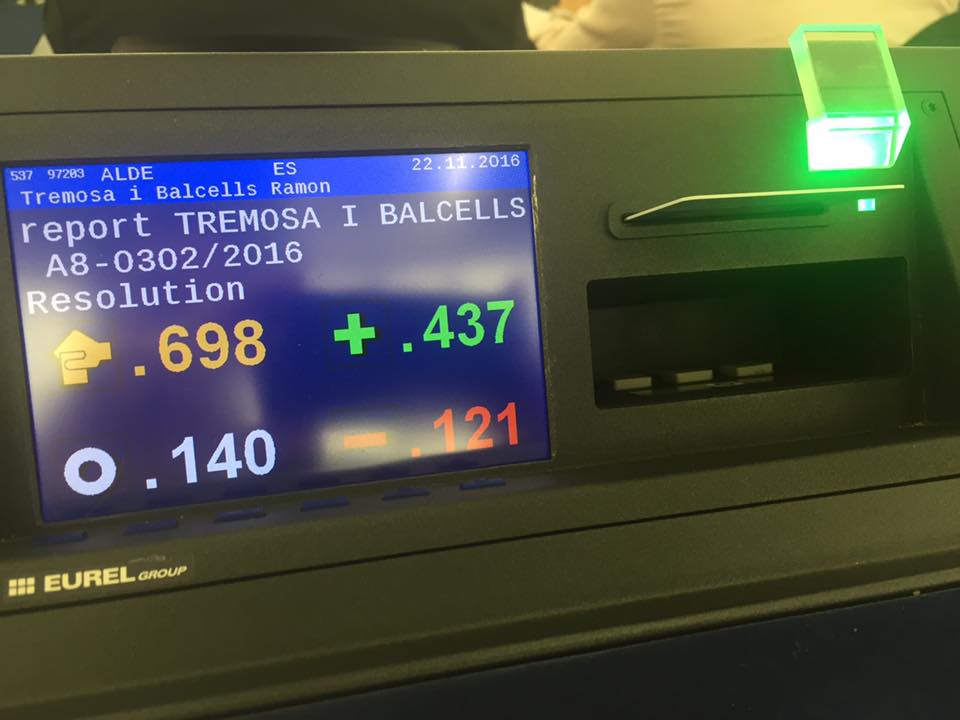 While the ECB is still far from its intended inflation target of 2%, the report also makes some interesting suggestions for how QE could be more effective. “The process of negotiating this report has opened up new discussions on monetary policy options such as those proposed by the QE for People campaign. We need more discussions on those proposals in the future and it is welcomed that civil society is taking part in this discussion” said MEP Jonas Fernandez (S&D). 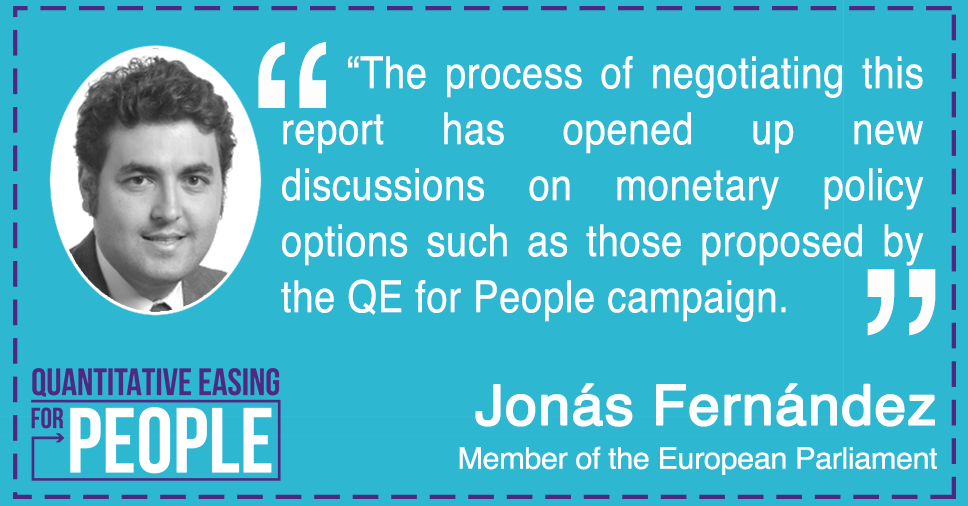 For example, the report suggests the ECB should purchase more bonds linked with investments. As the rapporteur MEP Ramon Tremosa (ALDE) explained during the plenary debate: “The ECB should try harder to buy assets, such as a new wave of project bonds related to EU projects with clear added value”.

“In the face of the current limitations faced by the ECB, it would be much more interesting if quantitative easing could directly finance certain social and environmental projects. It is an idea that is now publicly and positively discussed.” MEP Ernest Urtasun (Greens-EFA) declared.

The report also calls on the ECB to include bonds from smaller companies that meet social and environmental criteria into its corporate bonds purchases, as argued by the QE for People campaign.

Although the report moves in the right direction, it does not entirely acknowledge the ongoing intellectual crisis of monetary policy and lacks ambitious ideas to overcome the current difficulties of the ECB.

“Unfortunately, many in the Parliament think monetary policy cannot achieve more without more demand-hampering structural reforms or fiscal adjustments. Instead monetary policy needs to be reformed urgently to boost the real economy as opposed to financial markets. The ECB should design new tools to stimulate aggregate demand in the Eurozone.” MEP Fabio de Masi (GUE/NL) said.

“The Parliament is right to support the ECB, but the current unconventional measures are reaching their limits. If a new recession hits, the ECB will need to implement innovative measures to boost the economy in a more direct way. To do this the ECB will need an even stronger backup from the Parliament” campaign manager Stan Jourdan concluded.